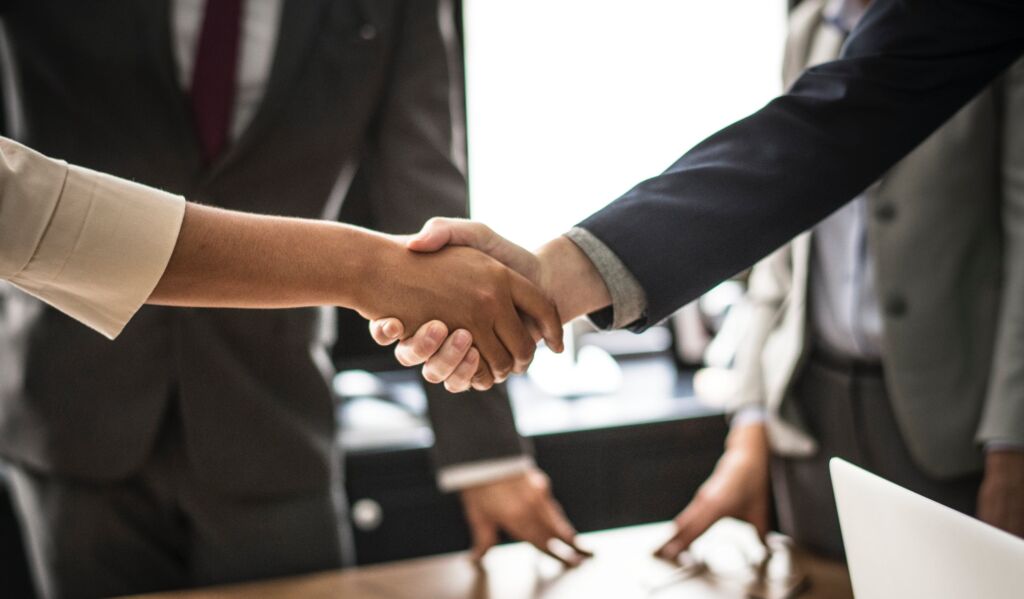 Time to get back to business

The first six months of 2019 have arguably been among the toughest ever experienced by both the IT industry and its distribution channel.

A general slowdown in the economy, coupled with some of the most crippling load shedding South Africa has ever witnessed and business seemingly ‘put on hold’ until after the general election, added to the increasing pressure that vendors, distributors and resellers already face on a daily basis. But with the election now over and duly-elected president Cyril Ramaphosa seemingly intent on guiding the country on to a more solid economic path, there is an air of cautious optimism within the channel.

SITA has started loosening its purse strings and there has been a renewed flurry of tenders flowing from the government’s procurement arm; many large corporates are now taking delayed projects off the back burner; and some economic analysts are even predicting a modicum of growth in the second half of the year. Many in the channel feel it is now time to stop fretting and get back to business – and to lead the way in not only transforming their businesses, but also the country as a whole.

South Africans tend to get caught up in the sentiment, the noise and the rhetoric of the political landscape, especially around the time of a national election. We debate what has changed and lament the slow pace of change, while we wait for the politicians to solve all our challenges.

“We need to accept that we cannot expect government to solve all our problems, we have to take responsibility as corporate citizens and become more influential and help to drive the pace of change in our country,” Pickford says. “Beneath the tip of the iceberg where the political debate rages, the world of commerce continues to tick along, facing challenges, driving innovation and creating opportunity.
“Critically, now that the election is over, we need to place less emphasis on the negative clamour coming from the media and more on oiling the cogs and wheels of commerce in order to bring about real, lasting and positive change,” he adds. “And job creation is key.” Pickford says that it is largely up to the private sector to think of ways to create employment.

“In the main, the private sector is quiet about their power and ability to change lives and create jobs,” he says. “Individually, sometimes driven by the necessity of BEE score cards, most corporates are doing something positive around social investment or job creation, but this effort would be enhanced if there was a shared objective to support the principles of the score cards and the job creation summits.

“Players across all industries need to get together to focus on making the largest impact on job creation that they can, obviously while continuing business as usual,” he adds. Pickford says it is time for a new narrative.

“There are organisations such as the Yes4Youth initiative that have the capacity to partner with corporates across industries,” he explains. “Similarly, the National Small Business Chamber, which has some 125 000 SMMEs as members, has the potential to create many employment opportunities by focusing on this common goal. How can we meet the needs of these 125 000 businesses?

“It is important for players in the channel to understand what the market is doing, and what is happening for the end user – what their needs and requirements are – not just as an attempt to sell to them but to use them as a bellwether for what’s coming,” he continues. “Historically, the technology industry has been focused on pushing technology into the marketplace. This approach is now shifting with the realisation of the need to understand what businesses want and need in order to be more efficient, more profitable or to generate growth.

“The challenge we face is the difficulty of singling out one solution to fit all.  Nevertheless, in the name of moving forward, one needs to look at what technology can do to have a positive impact on the majority of businesses.”

In terms of technology, Pickford says there are still numerous opportunities open to the channel, especially in niche areas.

“With regard to technology, there are two items worth focusing on due to their growth potential: 3D printing and device as a service (Daas),” he says. “3D Printing could catalyse an entirely new business sector by bringing additive manufacturing processes to South Africa, thereby reducing costs and creating more jobs. Likewise, devices as a service could give corporates the option to pay only for what they need when they need it (referring to technology), giving them the ability to stay technologically current in an economically affordable way.

“For South Africa to move positively into the future, we need to disconnect from the rhetoric of politics and instead look to ourselves, as corporates, and start by combining our efforts to generate employment opportunities,” Pickford says. “A step in the right direction would be by helping businesses to identify their own business opportunities and where technology can assist them to be more productive and profitable because, as the adage goes, a rising tide floats all boats.”

The election has been top of mind for almost everyone in the country over the past few months and Henk Olivier, MD of Ozone, is no exception. But now that it has been concluded, Olivier says that the next few months will probably be about control, education and empowerment.

“The election has come and gone, leaving behind a trail of voters and a sense that as much things change, they remain the same,” Olivier says. “For the next few months, the focus will be on the ANC and the potential for possible coalitions so that they can cement their control.

“This is slightly less of a challenge in the rural areas where, for example in the Limpopo, ANC voters took 77% of the results,” he says. “These more rural provinces have had a different experience and education when it comes to the parties and government compared with those who live in the cities. The latter can see the difference and have heard the empty promises.

“It is very likely that this entire landscape will change in the 2024 elections and most parties will leverage these results to focus more extensively on empowering people to create relevant change.”

Olivier says that this shifting landscape provides the entrepreneur in the IT sector with an opportunity.

“The biggest focus for the country is in the creation of financial and ICT solutions and it is critical that small to medium enterprises (SMEs) adopt and embrace these technology changes,” he says. “For the enterprise, it is important to focus on solutions and always improve offerings to ensure they remain relevant in the industry.

“For the channel and the reseller, there will be plenty of opportunity to distribute or resell managed services solutions that revolve around cloud, communications and IT security,” Olivier continues. “The business model for the channel, IT reseller and service provider is shifting to subscription-based services and software solutions. The advantage is that, if you play in this space, you can tailor a full IT infrastructure solution for your customer in a cost-effective way with limited to no capital outlay.

“This also improves your longevity with the client and makes it harder for them to replace you,” he says. “With the solutions and technology available for the channel and the reseller, you can create a business by offering pay-as-you-go solutions to customers.”

Olivier adds that the government also has a key role to play.

“The government is focusing on developing the biggest tech hub in Africa for coding and programming and this will also create another opportunity for infrastructure providers to create and develop more local solutions for customers,” he says. “The channel and the reseller can leverage the ability to offer local solutions and platforms.

“Perhaps one of the biggest trends for the channel is going to be security, especially now as compliance laws and regulations grow increasingly stringent,” Olivier adds. “The fact that all financial and banking sectors are going increasingly digital is going to force the market to become even more security aware than ever before. If we just look at the recent WhatsApp hack, you can see how easy it is to damage a business and an individual within seconds.”

While Mark Lu, CEO of Corex, admits that he hasn’t closely followed political developments in the past few months, it is a good time for companies and their executives to reflect and consider how they can disrupt both their own organisations and their respective markets.

“I have a simple mantra at present: disrupt or die,” Lu says. “And that goes for within your own company and outside of it.

“President Ramaphosa is trying to do all the right things, but he has a lot to fix and it is going to take time,” Lu continues. “Any astute businessman will not hang around waiting … we have to proactively manage our businesses and see through this transitional period.”

Lu says that the traditional two-tier distribution model in South Africa has “settled” over the past couple of years and that this is where disruption comes to the fore.

“The conventional distribution model has now settled into being an ‘order fulfilment business’,” he explains. “And, yes, size really does matter now. What this means is that many of the smaller distribution companies have to identify niche markets and, more than ever before, differentiate themselves from their competitors in order to survive.

“System integration, service and value-add are now playing a bigger, more crucial role in this survival.”

Digitalisation has also disrupted the local distribution landscape, he adds.

“Vendors are now dealing direct with retailers and e-tailers, so the entire channel as we knew it has been under intense pressure … almost attack,” Lu says. “And I have to admit that I have seen the demise of a few channel players over the past six months or so. Even corporates and SMMEs are starting to buy online, so there really is very little room left for the more traditional buy-and-sell reseller community.”

Lu says that the digital disruption being experienced in the market is not unique to the ICT sector – it is affecting all industries.

“I would highlight the fact that it is not just in ICT distribution, but relevant to every business in the world: If you are not embracing technology – becoming a technology company in your own right – then you won’t be around in the next decade.

“Technology has brought so much disruption, innovation and increased production to all sectors of industry and those that capitalise on it will survive and prevail,” Lu says.

“So while 2019 might be a year of survival, I also think it is a good year for embracing anything disruptive,” he adds.